So, let’s say the Capitoline Museum isn’t really your bag, but you want to see some MOST excellent old stuff. May I suggest one of the branches of the National Roman Museum (Museo Nazionale Romano)? There are four branches of these archaeology museums: the Palazzo Massimo alle Terme, the Palazzo Altemps, the Crypta Balbi, and the Baths of Diocletian. And NEWS FLASH!! These museums are the best deal in town because if you buy a ticket to one of them you can use the same ticket to get into any of the other three for FREE for the next three days.

That’s it, it’s over, the National Museums WIN all of Roman Museum going. And they even win despite a lapse on my part: I’m ashamed to admit it, but in all the time I’ve spent in Rome, I’ve never actually been to the Baths of Diocletian! I don’t even know how many times I’ve gone BY them and I’ve been in the church of Santa Maria degli Angeli e dei Martiri a few times, but I’ve never taken the time to really explore the site.

HOWEVER, I’m going to make the assumption (bold, I know) that the Baths of Diocletian, much like the other structures are worthy of a visit, but they’ll generally not factor into this post much.

As I’ve discussed before, the Palazzo Massimo alle Terme is one of my favorite museums in Rome and one of my favorite places to take visitors to the city. It could NOT BE more conveniently located, as it’s on the corner of Piazza dei Cinquecento (the huge square/bus terminal in front of Termini), so it’s RIGHT THERE IN PLAIN SIGHT and yet, very, very few people go through it. And my god, the AMAZING things they’re missing! The Frescoes from the Villa of Livia alone are worth the price of admission, but then when you consider that the Quirinal Boxer is there too, among so much, SO MUCH other great classical sculpture it’s surprising that there isn’t a huge line to get in. I’ve been to the Palazzo Massimo alle Terme many times and I would always gladly go back. It’s a peaceful, lovely place to view some astonishing art and since it’s so central to everything visiting is easy; dropping in for an hour or so is NBD and one of the best things you’ll do in Rome. YAY.

The Palazzo Altemps is a funny place. With art that’s just as astonishing as that found in the Palazzo Massimo all Terme, the Palazzo Altemps is somehow even less attended. So, you might assume, it’s far out of the center, hard to get to and totally inconvenient, right? WRONG. It’s about 250 feet from Piazza Navona if you’re heading north towards the river. It basically couldn’t be more centrally located. But still, I’ve had stretches of rooms– 8, 9, 10 in a row, where I was the only visitor and I got to enjoy ridiculous sculptures like the Suicidal Gaul all to myself. Hmmmm. Maybe I shouldn’t be sharing these secrets.

The Crypta Balbi is perhaps even weirder. While it does have a museum, the main draw of the complex– which AGAIN is insanely centrally located, being right off of Largo Argentina– is the archaeological remains of a Roman street in the basement of the building. A staff member takes you on a tour of the eerie structures, which again you could nearly have as a private tour– I think there were five people when I went. And the ruins in the Crypta Balbi even give the modern street above it’s name: the Via delle Botteghe Oscure (which means Street of the Dark Shops) is so-called because the ruins below were a street of shops. The small, high windows at the back of the shops are at our current street-level, so if you happen to be walking from Largo Argentina to the Vittoriano you walk right by them.

8 thoughts on “The National Museums in Rome: Confusing, but not really. Mostly GREAT.” 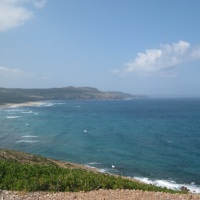 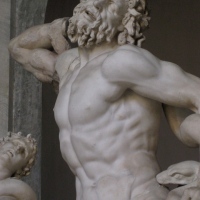 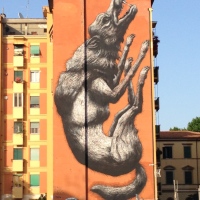