Let’s go back in time to not my most recent Rome trip, but the one before that. Because aside from waxing on and on about how freaking great MuRO is, there are a couple other worthy things to note about that trip, low those many months ago.

Why did it take 7+ years of regular visits to Rome for me to go to the opera? I hadn’t even walked by the opera house before, despite it literally being at the Repubblica metro stop (one I admittedly don’t often use, but still, I can’t blame inaccessibility or Rome’s shit public transit for not going there before).

I have no answers. I know that according to conventional wisdom travel is supposed to be horizon expanding, trying new things, yada, yada. Great. I get it. But I don’t think that should mean totally forgetting my interests. So many people spend their vacations slogging for multiple hours through museums they don’t care about to see objects they don’t find interesting (looking at you Vatican Museum), when they would never, ever do that at home. Yes, I know. Horizon expanding. But if you’re a sports fan, why not go to a game while on vacation? A movie buff? Off to the cinema! Or a nerdy opera fan? The Teatro dell’Opera has been waiting for you this entire time!

Being true to my own interests is why it took me so long to go to the Roman Forum. I had walked by it 70 billion times and despite it being considered a MUST SEE, I didn’t see it. For years. There’s not much shade there. And it’s dusty. And undifferentiated ruins start to look the same to me after awhile (10 minutes). When I finally did go, I went with a friend of mine who was–at that point–writing her dissertation on the baroque history of the forum and could give me all the inside scoop. It was interesting. But I don’t particularly ever want to go to the forum again. Because there’s hardly any shade and it’s dusty and they’re still mostly undifferentiated ruins. I still have never been inside the Colosseum.

It is hard, when a place is unfamiliar to know which of the must-sees are actually musts for ME. After so many years, I know now that despite its TOP 10, MUST, BEST, UNMISSABLE, YOU HAVEN’T LIVED status, the Forum = not for me, while the Opera is essential. I try to remember these things when I adventure to new places now. And especially in places that are totally new, where every second and every breath is horizon expanding, it’s nice to do something familiar and something I know I will like. Like settling down into an uncomfortable highest balcony seat, rolling my eyes at Rome’s ridiculous tendency to keep homages to Mussolini around, and letting the unimaginable beauty of a Mozart overture lull me into a contented torpor.

Because that’s what I want out of my vacations nowadays. Contented torpor.

I also went back to the opera (in a blaze of glory I might add), on my most recent Rome trip. A story for another day. But contented torpor wins the day!

One thought on “Wrapping up that Rome trip (not the most recent one, but whatever, time is a flat circle)”

This handsome boy turns 8/9/10/11 today (exact age unknown)! He could not be more beloved and his almost constant napping has made gentle snores the soundtrack to this crazy WFH period 💖🐺#beaglelove
When you go to a museum to see a specific object and it’s under restoration 🥺ci vediamo la prossima volta bello #acetone and #toothbrushes
#goodpup
Keeping it low brow here in Rome #mendelssohnismyhomeboy #violinconcerto 🤩
London! Liberty, Buckingham Palace, Michelangelo at the National Gallery, Tower Bridge, St Paul’s from across the Thames, and lovely Kew Garden! Not bad for three days!
This goofy boy turns four today! 🐶🎉🌟🎊⭐️💖✨he’s come such a long way during the 20 months he’s been a part of our family and we wouldn’t have him any other way! @dr_boffa #happybirthday Coda! #beaglelife #bluetickbeagle 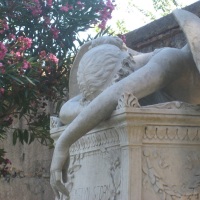 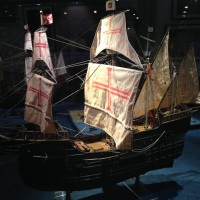